Turkish media – US and Saudi Arabia in West Thrace? – This was our territory, so to speak

The issue of the US military presence, but … is being recreated in various ways by the state and private media in Saudi Arabia, Alexandroupolis and generally in West Thrace. Turkey.

A recent example is the presenter of the private television channel DGRT, who makes it clear in his statements that West Thrace is now our territory inhabited by “my Turkish brothers”.

“In western Thrace, which was our territory, we must say this, my Turkish brothers now live there,” the Turkish presenter could be heard saying in his presentation, according to tourkikanea.gr.

“In fact, who would have told us that a large US base would be set up in Alexandroupolis so that US pressure could be felt from below Russia and from here to Turkey,” he notes.

“They will dominate the Balkans”

“In fact, hundreds of armored vehicles, hundreds of helicopters and thousands of soldiers are coming to Alexandroupolis because America is building a base. They will dominate the Balkans,” the presenter continues.

And he wonders: “But can Prince Salman promise to bring investments to Alexandroupolis?” “I pierced this phrase from the press conference of Tendias and the Saudi Minister.”

In case of war

The Turkish website ahaber.com.tr wrote a few days ago that Greece is looking for an ally in the event of a “war” on the Turkish border, referring to the visit of Saudi Arabia’s Foreign Minister Prince Faisalpin Farhan to our country.

The Turkish website linked the work of the patriotic anti-aircraft organization from Greece to Saudi Arabia with the prospect of Saudi investment in Alexandroupolis to end military cooperation between the two countries to the detriment of Turkey.

Tendias said the frequent contacts between Saudi Arabia and Greece in recent years were a sign of the closeness of bilateral relations, adding that sending Patriot missile systems from Greece to Saudi Arabia was not only for Saudi Arabia’s security, but also for the region and Europe’s energy security. 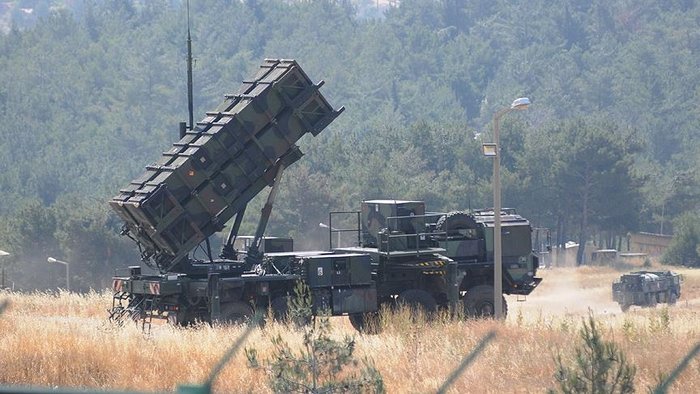 “A delegation from Saudi Arabia visited Alexandroupolis to see interesting and investment opportunities in the developing region.” I would like to thank him (Saudi Foreign Minister) for promising to implement it. “

Arzu
Previous articleAccording to American experts, what about the quick and omigron when the mutation is detected
Next articleDeltacron: What do we know about the new mutation that has appeared in Cyprus?