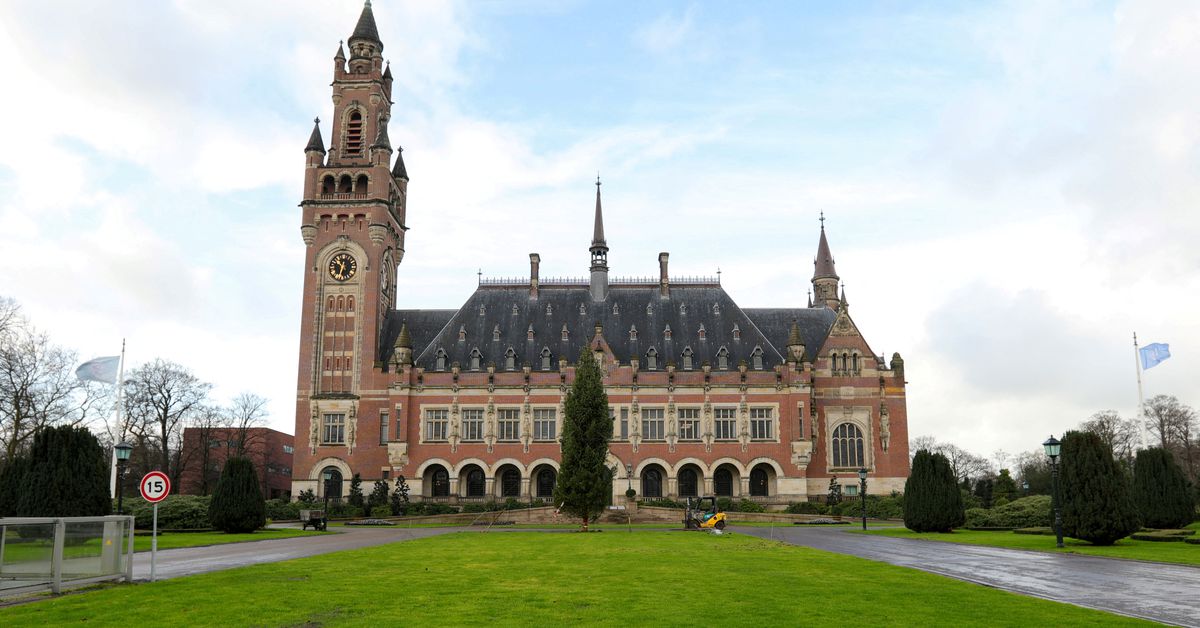 An overview of the International Court of Justice in The Hague, the Netherlands, December 9, 2019. REUTERS/Eva Bleiver

THE HAGUE (Reuters) – Ukraine will ask the United Nations Supreme Court on Monday to issue an emergency ruling demanding Russia to halt its invasion, arguing that Moscow’s justification for the attack is based on a misinterpretation of the genocide law. Read more

Although court rulings are binding and states generally follow them, they have no direct means of enforcing them.

Russian President Vladimir Putin has said that “Russian special military action” is necessary “to protect the people who have been bullied and exterminated” – that is, those whose first or only language is Russian – in eastern Ukraine. Read more

The lawsuit filed in Ukraine argues that the genocide claim is incorrect, and in any case does not provide a legal justification for the invasion.

Last week, the Executive Board of the International Association of Genocide Scholars issued a statement saying that Putin was “misusing the term ‘genocide’.”

“There is absolutely no evidence of genocide in Ukraine,” the association’s president, Melanie O’Brien, told Reuters.

The Russian embassy in The Hague did not immediately respond to questions from Reuters about the case.

The International Court of Justice can order fast-track “interim measures” within days or weeks to prevent the situation from deteriorating before it considers the merits of a case, or whether it has jurisdiction.

Ukraine sought interim measures from the court in 2014 after Russia’s annexation of Crimea, and the International Court of Justice ordered the two sides not to escalate the dispute.

The hearings begin at 10 am (0900 GMT) and Ukraine presents its case. Russia is due to respond on Tuesday.