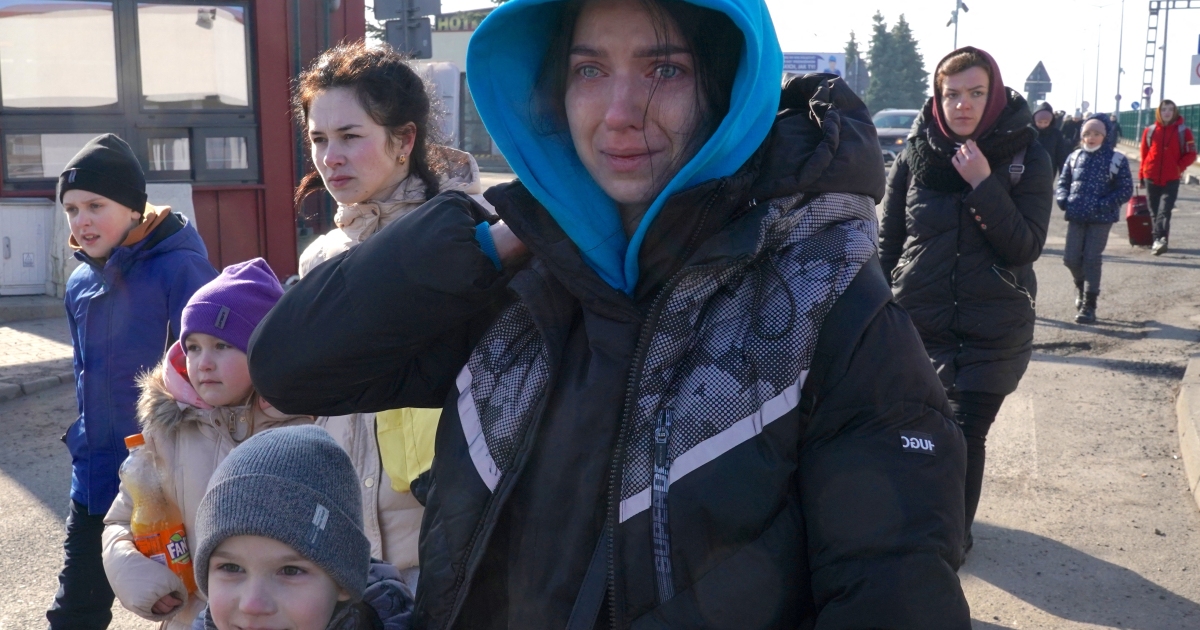 Nine reception centers have been set up along the border in Poland, which already has a population of 1.5 million Ukrainians.

Poland’s Deputy Interior Minister Pawel Svernaker said on Saturday that 115,000 people have crossed the border into Poland from Ukraine since the Russian invasion began this week.

Just four hours ago, the number was estimated at 100,000 arrivals, illustrating how quickly refugees are pouring into their European Union neighbor.

“At this moment, there are 115,000 people who have crossed the Ukrainian-Polish border since the outbreak of war” on Thursday, Szirnaker told reporters in the eastern Polish border village of Durhusk.

Poland, which was already home to an estimated 1.5 million Ukrainians before the Russian invasion and which has expressed unwavering support for Ukraine, has so far seen the bulk of people fleeing Ukraine cross into its territory.

“More than 150,000 Ukrainian refugees have now crossed into neighboring countries, half of them to Poland and many to Hungary, Moldova, Romania and beyond,” UN High Commissioner for Refugees Filippo Grandi wrote on Twitter on Saturday.

“Displacement is also increasing in Ukraine, but the military situation makes it difficult to estimate the numbers and provide assistance,” he added.

Szefernaker said 90 percent of refugees entering Poland have places to go, such as friends or family’s homes, but the rest seek help at nine reception centers set up along the border.

The centers provide meals, medical care, a place to rest and any necessary information.

Al Jazeera’s Zain Basrafi said the medium-sized Polish town of Przemysl has become a major hub of activity as Ukrainian refugees continue to flow across the border.

“All border crossings are open to foot traffic,” he said in a report from a town in eastern Poland. “The government knows here that there are people stuck at the border on the Ukrainian side, [and that] Processing times take a long time. People are forced to abandon cars, railways are overcrowded, so many people give up everything and walk.”

The head of the Polish border guards, Tomas Braga, added at the press conference that nearly 50,000 people crossed into Poland from Ukraine on Friday alone.

Szefernaker said his country could process up to 50,000 refugees from Ukraine at the border each day.

Poland, which was already home to an estimated 1.5 million Ukrainians before the Russian invasion and which has expressed unwavering support for Ukraine, has so far seen the bulk of people fleeing Ukraine cross into its territory.

“The latest update is that nearly 116,000 have fled to neighboring countries since February 24 – mainly Poland, Hungary, Moldova, Slovakia and Romania,” the United Nations High Commissioner for Refugees tweeted on Saturday.

“The numbers are rising,” she added.

The United Nations said the number of people seeking asylum outside Ukraine for other countries could rise to five million.